Vivian Visser is PhD Candidate at the Erasmus University of Rotterdam

Opportunities and risks; innovation, transition, micro-politics and framing. Main lessons learned from the interactive and interdisciplinary pressure-cooker workshop on social innovation for energy transitions, with European researchers, practitioners and policymakers.

Thursday morning, the 4th of April, we kicked off the pressure-cooker workshop on social innovation for energy transitions, at the beautiful location of Gemaal op Zuid.

With a mixed group of researchers, practitioners and policymakers from all over Europe, we learned from each other’s experiences, thought critically about the chances and challenges of social innovation and envisioned how to bring forward the energy transition.

The highly interactive and interdisciplinary character, made the day a – excuse the pun – truly energetic event!Instead of sharply criticizing one another – as can often be the case in all – academic settings – we constructively built on the diversity of knowledges, values and experiences at hand.

For example, social innovations do not automatically lead to greater social acceptance of energy transitions. Therefore, it is important to unravel the conditions that enable and/or restrain the promise of social innovations.

Relating to this broad lesson, I’d like to highlight three take away points of the day : 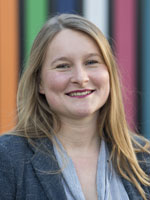